Hey visitors! I just wanted to wish everyone a Merry Christmas. I also wanted to share some pictures from my Christmas.

1. Tree Takes:
Take One, empty
Take Two:
My mom and I contributed 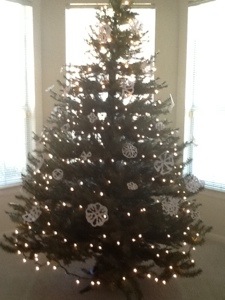 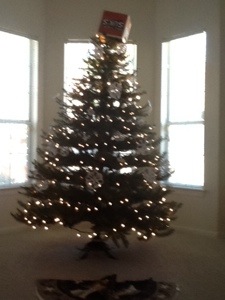 Take Four:
We removed my uncle’s contribution for the final take 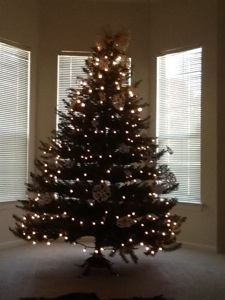 I like the homemade tree decorations, personally. Have you ever done that? 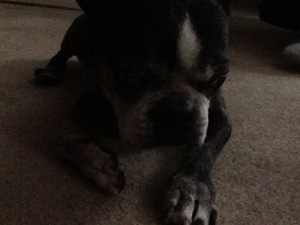 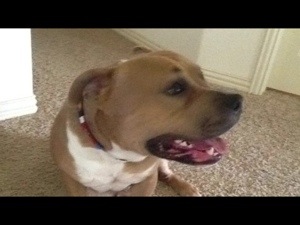 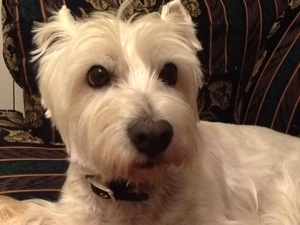 Very, very cute dogs. Do you have any dogs? 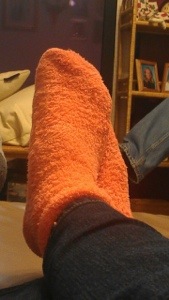 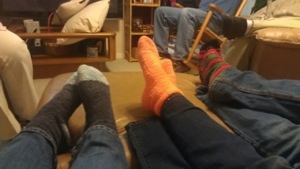 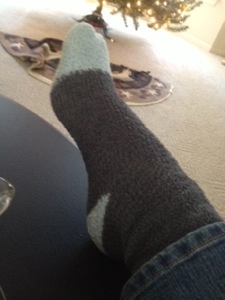 Please comment on the questions:
Do you have any Interesting home-made tree decorations?
Do you own dogs? What are they/is it like?
Do you have a favorite pair of socks?
How was your Christmas?

But really, I just want to say:

Have you ever wondered why it gets colder in some places than in others? It’s not because of the ‘placement’ of the equator like your Social studies teacher told you. Oh no. It’s much, much, much more. This story has been passed on for years and years (ever since December 12, 2013!). This is the real reason why some places are colder than others:

It all started a long time ago…

Once upon a time (sorry I couldn’t think of another way to start it) there was a little boy named Jack. He was born in Minnesota. However, at this time, there was no such thing as cold, no snow, so Minnesota was as hot as Texas.

Jack was just a normal boy: he went to school, he did his work, and he made friends. However, when Jack got into middle school, he moved to Texas. The kids there picked on him since he wasn’t from there. Sometimes they would lock him outside when it was really hot out. Naturally, Jack started to get mad. The next time the kids locked him outside, he didn’t push at the door or try desperately to get in. He just walked away. He climbed into the nearest tree and stood.

The kids were confused. They didn’t understand why Jack wasn’t upset. Meanwhile, Jack was at work in his tree, but he didn’t know it. Jack was constantly wishing for it to be colder. Suddenly, the tree turn frosty and cold. The bullies gasped and ran away from the door yelling, “Jack made frost! He’s Jack Frost (get it now?)!”
Jack was furious. He ran towards the school. Everywhere he stepped got snowy and cold. When he touched the door, it froze. He was confused. Jack started running around, touching everything he could. Everything turned to frost. People started gathering around to see Jack Frost,the freak that made cold. Jack was humiliated. He ran of, away from everyone, not to be see for years.

While he was gone, Jack swore revenge on those people that embarrassed him. He decided that annually he would make it freezing cold in where ever those kids were, and their defendants. The kids all moved up north to get away from him, but they were really cold ever year to mark the day they made fun of him. Jack also wanted to make it cold every now and then in Texas because of the other people.

And that is why it is cold in some places and not in others.

If you are a regular visitor to my blog (or a visitor at all), you would have noticed my avatar is a picture of a dog:

I picked this picture because my dog is a Boston Terrier named Butler: 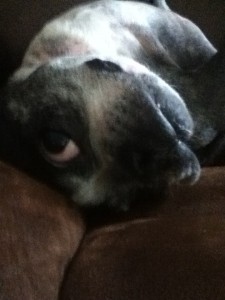 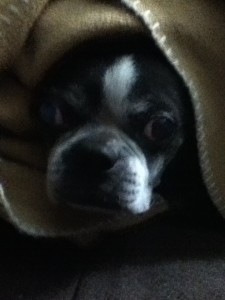 I really love my dog. He is 14-years-old, so I’ve had him my entire life. He’s a really funny dog (see his beautiful upside-down picture). He often does not like his picture taken. I really enjoy coming home to a dog everyday. He’s getting really old, though, and It’s really sad. He’s doing well, even though we had to change his living arrangements.

I would not like to thank the weather for:

-being freezing and wet but not snowing

and most of all…

-causing the Basketball Tournament to be canceled!

That’s only a big deal to me because we were supposed to play Small Middle School (an AISD school). This was a school I applied for when I “graduated” elementary school. I was really looking forward to it, but it was canceled! The first tournament of the year. Ya, I’m disappointed, but I know we’ll still win when it comes up again!